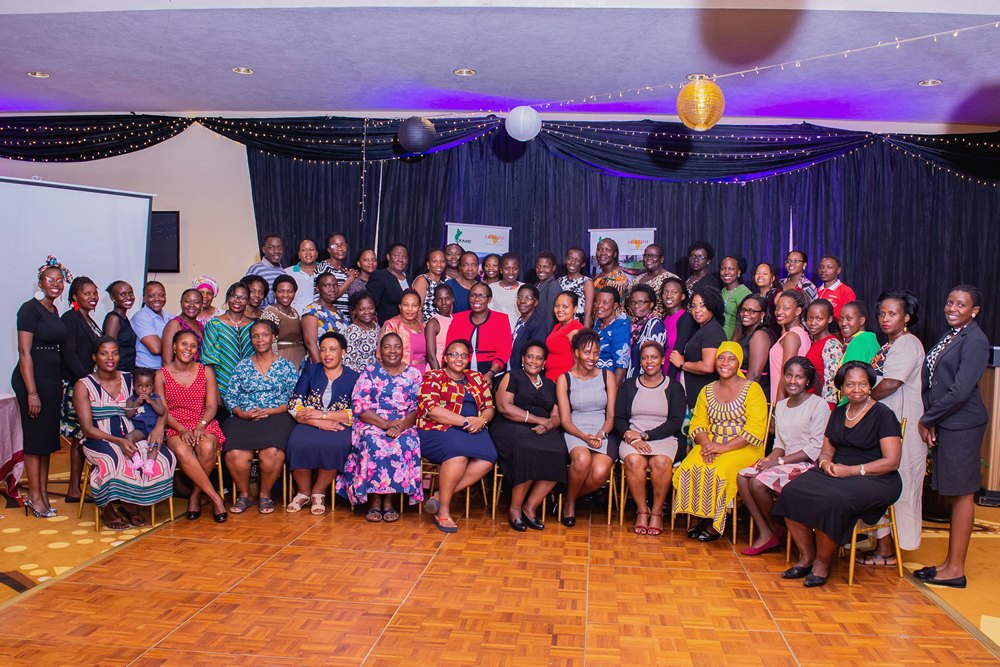 The Eastern African Sub-Regional Support Initiative for the Advancement of Women (EASSI) together with the Southern and Eastern Africa Trade Information and Negotiations Institute (SEATINI-Uganda), in partnership with Urgent Action Fund-Africa organized a two-day Women Economic Empowerment Convene at Royal Suites, Bugolobi. The convening was organized under the theme: “Dismantling systemic barriers that hinder women’s economic empowerment”, and it brought together women rights activists/defenders, policy makers, business practitioners, civil society and women in trade unions. The platform presented opportunities that collectively tapped into women’s strengths, expertise and capacities so as to expand economic futures and build robust alternatives to advance Women Economic Empowerment (WEE) programmes. The convening provided a platform for mapping out ongoing policy processes for effective engagement towards influencing women economic discourse. It also stimulated conversations on structural and institutional imbalances impeding women’s access to economic opportunities so as to enhance women’s participation in business and trade. The entire event was livestreamed via the EASSI Facebook page and shared on UBC Television Uganda.

The women convene sought to achieve the following objectives:

Some of the key issues that emerged from the discussions included:

Satellite hubs were set up in the Central, Northern, Eastern, Southern and Western sub-regions of Uganda. Each hub brought together women-led Community-Based Organisations and women entrepreneurs that tuned in to follow and participate in the live broadcast of the Women Convene. They were able to send comments via the livestream chatroom and WhatsApp messages using the hashtag #WomenTakingLead. 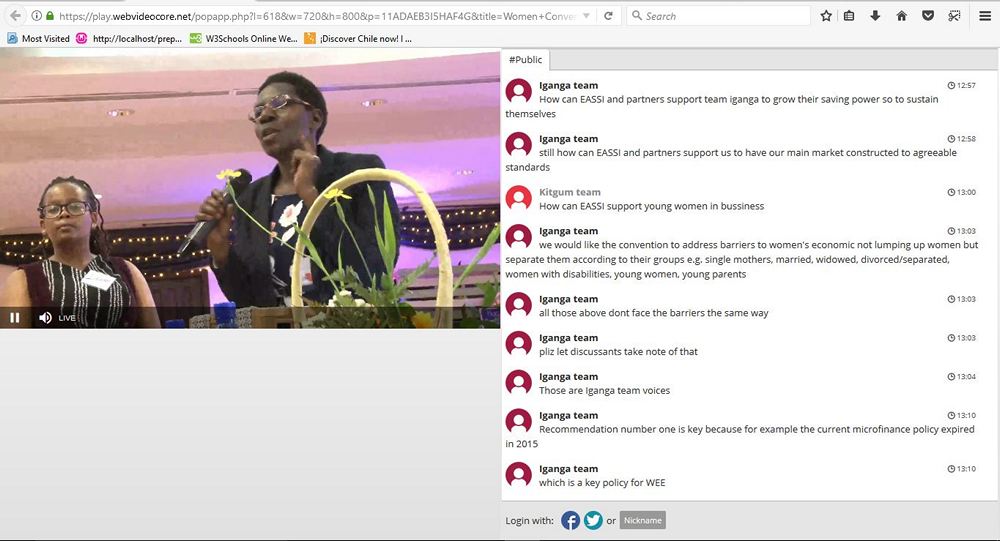 During the session on “Women venturing into the market place and remaining vibrant; challenges, experiences and lessons”, the women entrepreneurs talked about their invisibility in development initiatives within the East African Community and the abuse and exploitation they experienced on a regular basis including sexual harassment, limited access to business skills and capital, as well as irregularities in trade such as the Uganda-Rwanda border closure. The session was chaired by Ms. Rita Atukwasa, the Executive Director of Institute for Social Transformation. However, they also inspired participants with some of the lessons they learnt along the way, such as respecting small/humble beginnings, taking advantage of the resources around them to raise capital for any given business idea, and working in groups and coalitions. Ms. Mariam Babu, a Woman Cross Border Trader from Busia said:

“Such partnerships offer networks of mutual support and solidarity that allow members to grow their social capital, improve their self-esteem and self-reliance, acquire a greater voice in decision-making, and collectively negotiate better working terms and conditions”.

Various representatives from Uganda Investment Authority, Private Sector Foundation Uganda- (PSFU) and Open Capital Advisors shared advise about how women entrepreneurs could identify market opportunities for business growth and development. Some of the tips given were to conduct a market/business survey, analyze the market, assessing consumer needs and how they are being met by competitors. Ms. Faith Lumonya, from SEATINI, Uganda also mentioned ways through which the Uganda National Trade Policy could be better improved highlighting that it would only be relevant if it was responsive to gender & climate change issues.

A roundtable Policy Dialogue on women’s economic participation and attainment of women’s economic justice, was held with representatives from the Uganda Parliament, notably Hon Kamateera Jovah Woman MP Mitooma, Hon.Monicah Amoding, Hon.Isaac Mulindwa Ssozi and Hon. Jane Pacito A. During the dialogue, they referred to the Communiqué on Women Economic Empowerment Convening 2020 that had been developed. The Members of Parliament, on behalf of the Legislature pledged to support #WEE actors in efforts meant to bolster operations of women in business, and also advised that as WEE actors deliberate on #WomenEconomicEmpowerment, it is also important to think about the boy-child because women/girls cannot and do not exist in solace. Men, on the other hand can play a critical role in empowering women economically as custodians of culture, religion, politics and power in most communities once engendered.

During the Press briefing at the Women Economic Empowerment convening, Hon. Sheila Kawamara-Mishambi, Executive Director EASSI said that Uganda and Rwanda should remove the barriers which are hindering women’s economic empowerment.

“It is extremely absurd that East African Community, which is now celebrating 20 years of existence, with a mission to widen and deepen economic, political, social, and cultural integration in order to improve the trade and investments has remained silent to the suffering and humiliation of the East African people living and depending on trade at the borders of the two countries,” said Hon. Sheila Kawamara-Mishambi, Executive Director EASSI.

Last year in June, the women traders petitioned the East African Court of Justice against the two governments over the border closure (story available here) and the case is set for hearing in March 2020. The Press statement is available here: Press statement on the one year anniversary- Closure of Rwanda-Uganda border-Communiqué on WEE Convening

The Women’s Economic Empowerment Convening was held at Royal Suites Bugolobi, Kampala, Uganda, February 25th to 27th, 2020. Special thanks to Urgent Action Fund-Africa, whose financial contribution made it possible for the convening, and to EASSI and SEATINI Uganda staff for being the driving force behind the whole process. Much appreciation goes out to the online community (satellite hubs), whose contributions made the event more colorful and impactful, Royal Suites Hotel and all participants and service providers.

As EASSI, we commit to continue supporting and building the capacity of Women Entrepreneurs until their contributions are not only made visible to national and regional economic policy makers, but are also considered legitimate and formally supported.