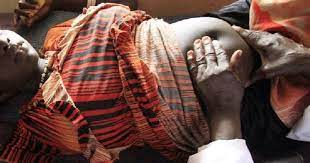 When Maria Mukabi (not her real name), hardly 18, realised that she was pregnant — and keen to hide it from the mother she sought the assistance of a ‘doctor’ who assured her that she would give her something that would clear her pregnancy within minutes.

She went to the doctor, and to her surprise, all she was told was to lie on a dusty bed. Shortly, she felt metal rods and a few minutes the procedure was over. She was told to go home and that the foetus would come out after few hours.

“I was not fine. That night I suffered severe stomach pain and intense bleeding and I was compelled to tell my mother what I had done,” she says.

She was rushed to a nearby hospital, but the bleeding could not be controlled, so she was taken to a referral hospital.

The bleeding worsened and after some time; she began to swell and could not pass urine as a result of kidney failure. She needed dialysis.

“I would have died had my family not rushed me to hospital,” she recounts, remembering the day in June last year when she walked into Jaramogi Oginga Odinga Teaching and Referral Hospital in Kisumu.

Unsafe abortions, like Ms Mukabi’s, account for 13 per cent of 8.5 million of global maternal deaths and remain the principal cause of a range of short and long-term health complications in women.

Currently, about 8.5 million women globally suffer from complications of unsafe abortion annually with three million of these women going without treatment.

Abortion accounts for 43 per cent of all cases admitted to hospital with acute gynaecological conditions, says a report appearing in the latest issue of The East African Medical Journal.

Ms Mukabi represents thousands of women in East Africa who are at risk of procuring unsafe abortion simply because of the stigma that surrounds abortion, misinformation about family planning and restrictive and ambiguous laws on abortion.

Since abortion is illegal in most countries in Rwanda, Uganda, Kenya and Tanzania, it is conducted in secrecy.

Add to that the myth that family planning renders women infertile and the fact that abortion is not permitted unless there is a need for emergency treatment, unsafe abortions become the choice for many.

According to a report by Kenya’s Ministry of Health titled “The Costs of Treating Unsafe Abortion Complications in Public Health Facilities in Kenya,” over 67,882 women were admitted to various hospitals in 2016 due to abortion-related complications.

A study done in Tanzania in 2016, found that clandestine abortion is common and is a major contributor to maternal death and injury.

The study, by researchers at the US-based Guttmacher Institute and Tanzania’s National Institute for Medical Research and Muhimbili University of Health and Allied Sciences, found that most of them were performed by quacks putting lives of the women at risk.

In Tanzania, 16 per cent of all the maternal deaths are due to complications from unsafe abortions. Tanzania has one of the highest maternal death ratios in the world at 454 deaths per 100,000 live births.

And, according to the Uganda Ministry of Health, at least 300,000 women use unsafe methods to carry out abortions which contributes to 26 per cent of all maternal-related deaths (438 deaths per 100,000 live births).

According to Minister of State for Primary Health Sarah Opendi unsafe abortions cost the country Ush38 billion ($14.9 million) in post-abortion care services in 2013.

This sum is five per cent of the total budget allocated to the Ministry of Health, which is more than double the $6.9 million appropriated for family planning and thrice the amount Uganda Aids Commission gets to fight the HIV/Aids pandemic.

Unsafe abortion accounts for 13 per cent of global maternal deaths and remains the principal cause of a range of short-and long-term health complications in women.

About 8.5 million women globally, suffer from complications of unsafe abortion annually with three million of these women going without treatment.

Abortion accounts for 43 per cent of all cases admitted with acute gynaecological conditions, a report on the study in The East African Medical Journal says.

Abortion is the most common ailment with its complications accounting for the longest hospital stay, compared with other acute gynaecological conditions.