Those special memories of you will always bring a smile, If only I could have you back for just a little while, Then we could sit and talk again, just like we used to do. You always meant so much to me and always will do too, The fact that you’re no longer here, will always cause me pain. But you’re forever in my heart, Until we meet again.

Marren was the Executive Director of the Eastern African Sub-regional Support Initiative for the Advancement of Women (EASSI). During her 13 years at EASSI, Marren was a dedicated champion of women’s rights and gender equality in the Eastern and Horn of Africa. She is credited for leading EASSI and other women’s rights organizations in the EAC Partner States in a campaign for an EAC Gender Equality and Development Bill. The Bill was finally passed by the East African Legislative Assembly (EALA) on March 8th 2017, after 10 years of campaigning.

She spearheaded research and compilation of the first EAC Gender Barometer (2016). The Barometer is a participatory people centered research report from the 5 partner states of Uganda, Kenya, Tanzania, Rwanda and Burundi that contains information and statistical data from the different areas that need to be gender responsive. The construction of EASSI House and Training Centre is a landmark achievement for Marren’s 13 year tenure at the regional organization.

1995-2000: Programmes Officer at the Institute for Education in Democracy (IED)- Kenya.

1987-1990: Deputy Principal Rehabilitation Officer at the Ministry of Culture and Social Services Kenya. She also served at this ministry in various capacities from 1980-1987.

Marren positively influenced so many different people throughout her life with her charisma, elegance, kindness, compassion, grace and belief in people’s potential, regardless of one’s background. Her lifelong faith in God and her positive outlook remained strong even as she was diagnosed with cancer in 2013, right through to the difficult final months. She was surrounded by loved ones during the last months and she encouraged everybody to be strong up until the end. 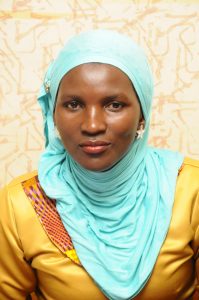 Nuliat was the Programme officer, Communications and Networking at EASSI since August 2014. She held a Bachelor of Science Degree in Mass Communication from the Islamic University in Uganda and she was pursuing a Master’s Degree in Social Sector Planning and Management. She had over 10 years’ experience in Mass Media and mainstream Journalism. She was also a women’s rights and Gender Equality Activist. Her experience encompassed skills in Communication and Public Relations, writing, strategic planning, as well good computer and internet use and research. Nuliat had vast experience in, event management, production, designing and laying out of newsletters and other publications. She maintained good media relations, acquired from 9 years of working in mainstream journalism with excellent skills in Television broadcasting, managing the newsroom, editing scripts, producing documentaries, video editing, still and video camera handling, news writing, reporting and anchoring. She was an expert in all that she set out do. Nuliat had worked with organizations and media houses including the Inter-Religious Council of Uganda as a Communications and Public Relations Assistant and WBS Television as a News Editor, Reporter and Anchor. She was a Board Member of the Uganda Media Women’s Association (UMWA) and a member Uganda Journalists Association (UJA). Nuliat greatly reviewed the EAC Gender Equality & Development (GED), Pilot Barometer, compiled and coordinated its design and layout. She worked on the look and feel of the Barometer and also coordinated awareness rising and publicity of its findings.

Besides EASSI, her work experience included;

Nuliat was amazing, selfless, always committed and fought for others. She was always brimming with energy and if at all you felt sad, she would definitely know what to do and say to lift your spirits up. We always miss you.