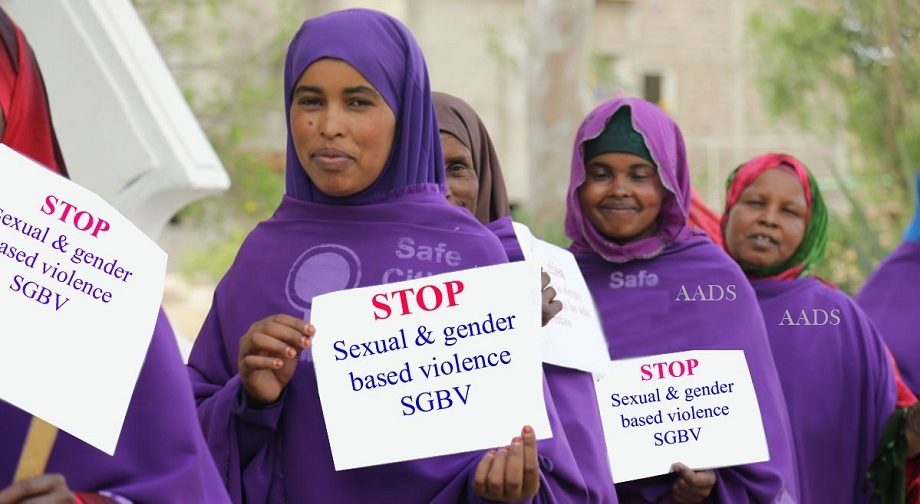 Generation Equality: GBV Regional Response for Eastern and the Horn of Africa

In Kenya, the demographic and health survey of 2014 indicated that due to cultural norms 42% of women and men still believe that wife-beating is acceptable under some conditions. In October 2021, Kenyan record-breaking athlete, Agnes Tirop who represented her country in the 2021 Olympics games was allegedly killed by her partner, Emmanuel Rotich. The celebrated athlete had allegedly been suffering bouts of emotional, physical and financial abuse at the hands of Rotich before she died.

Such violent partner violence deaths are not isolated cases in the East African country. With over 40% of women in Kenya likely to face physical or Sexual Gender Based Violence (SGBV) there is dire need to address it. Furthermore, one in five girls in Kenya still face child marriage and Female Genital Mutilation (FGM).

In neighboring Somalia, women and young girls who constitute about 50% of the total population face gross inequalities and inhuman conditions which present real concerns for their fair treatment, access to justice, and overall human rights protection. GBV in Somalia is attributed to the deeply rooted culture that promotes strict male authority. It is further exacerbated by religious limitations in the gender status and roles of women in the Somali society. Given the patriarchal filter, Somali women are largely excluded from decision making positions and property ownership.

Early marriages and teenage pregnancies are very common in Somalia, hence increasing their vulnerability to violence and health risks.  In Somalia, whereas there are no official national statistics on GBV, Equality Now, a feminist organisation committed to the promotion of the rights of women and girls has reported that child marriage, which is a form of GBV stands at 45%  and Female Genital Mutilation/Cutting (FGM/C) is at 98 % in the country.

In Uganda, the UNAIDS Global AIDS update, July 2020, reported Uganda having had the highest GBV cases with 60% of girls between the ages of 13 and 24 having experienced some form of violence during childhood.72% of Uganda’s young population between the ages of 18 and 24 also reported having experienced violence of some form before the age of 18 and 25% of women justified wife-beating by husbands.

In South Sudan 65% of women and girls have experienced physical and/Sexual violence in their life time and 50% of women and girls who experience GBV do not tell anyone or seek medical or psychological help. The main drivers of GBV in South Sudan are displacement due to conflicts; breakdown of social structures; weak law enforcement systems; loss of livelihoods opportunities for both men and women; and deeply entrenched harmful gender norms.

The patriarchal culture in South Sudan makes it difficult for a woman to stand up in front of men and challenge gender inequalities in the community. Non-government organisations like Organisation for None Violence and Development (ONAD) and Women Development Group (WDG) are at the forefront of addressing issues of GBV by building the confidence of women and girls and provide psychological support to survivors of violence.

Increasingly in Eastern and the Horn of Africa, there is increased awareness of the links between Sexual and Gender-Based Violence (SGBV), health, human rights and national development. However, there are still few programs, which concurrently address the determinants and consequences of SGBV in an integral and comprehensive manner.

More so, guidelines and frameworks to guide policy makers and implementers on how to develop and implement comprehensive responses to address the challenges of SGBV are still lacking. Most GBV responses are individually implemented by Non-Governmental Organisations (NGOs), public sector or government line ministries. There is an absence of collaboration of key actors and networks within the country or more widely in the region hence making it difficult to conclusively address challenges related to SGBV.

In June 2019 the International Labour Organisation (ILO) adopted the convention C190 on violence and harassment in the work place. The Convention is a legal instrument agreed upon by governments, employers and workers. It is legally binding once it is ratified and adopted by a country as part of the national legislation. Employers then, have a duty of care to their employees and should offer support by giving flexible work hours, counseling and seeking justice for their employees, who should not be put in a situation where they have to choose between their work and families as a means of avoiding domestic violence.

Following the Generation Equality Forum (GEF) in July 2021, a lot has been pledged to be done by international, regional and national bodies, including the private sector and civil society organisations to end GBV. At the level of the African Union (AU) and the East African Community (EAC), more collaboration and partnerships among the key actors needs to be fostered in order to comprehensively address violence against women and girls.

Using a regional GEF framework, substantial investment could be made to build credible national and regional institutions that can be effectively used to fight against gender related violation of people’s rights.  The AU and EAC should make use of their structures and institutions to hold the Member States accountable to the commitments made at the Global Equality Forum to end GBV. The regional bodies should also encourage other States, including the private sector and civil society organisations to declare their assurances in fighting the vice.

Additionally, communities in the region need to be sensitised to shun negative and oppressive cultural norms that continue to perpetuate abuse based on gender. Gender mainstreaming encompasses human rights, protection of women’s rights, children’s rights, gender concepts and group dynamics and promotion of peaceful co-existence. In order to avoid domestic violence and abuse, male engagement in key prevention and response approaches should be deliberately done and men and boys should be continuously trained on how to handle empowered women and girls. There should be continuous advocacy work on GBV prevention and sharing of information on existing technologies that support reporting mechanisms for survivors of GBV.

There is need for countries in the AU and the EAC to expedite the ratification and implementation of international and regional conventions that specifically address GBV against women and girls in all their diversity. The Member States on their part should strengthen and implement laws and policies in both public and private sectors and reinforce related accountability and redress mechanisms to enhance rule of law and ensure access to justice for survivors of GBV.