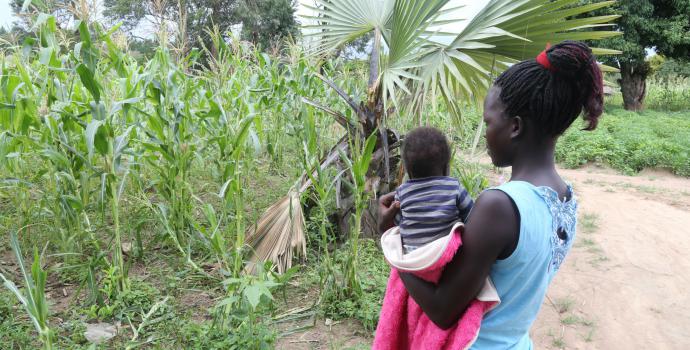 Adolescent health interventions, which focus on youth 15 years or older, should target a much younger age group to make an impact, a new report shows.

The Global Early Adolescent Study shows that around the world, young boys and girls are outfitted with “gender straitjackets” at a very early age, with lifelong negative consequences that are particularly perilous for girls.

The researchers from the World Health Organisation and Johns Hopkins Bloomberg School of Public Health analysed how gender expectations shape early adolescence in 15 high-, low- and middle-income countries around the world.

They found that gender-based restrictions, rationalised as “protecting” girls, made them more vulnerable by emphasising subservience and implicitly sanctioning even physical abuse as punishment for violating norms.

They observed that “in many parts of the world” these stereotypes leave girls at greater risk of dropping out of school or suffering physical and sexual violence, child marriage, early pregnancy, HIV and other sexually transmitted infections.”

Adolescence triggers a surprisingly common set of rigidly enforced gender expectations that are linked to increased lifelong risks of everything from HIV and depression to violence and suicide, researchers said.

“We found children at a very early age — from the most conservative to the most liberal societies— quickly internalise this myth that girls are vulnerable and boys are strong and independent,” said Robert Blum, director of the Global Early Adolescent study based at Johns Hopkins University in the US.

“And this message is being constantly reinforced at almost every turn, by siblings, classmates, teachers, parents, guardians, relatives, clergy and coaches.”

The study shows a need to rethink adolescent health interventions to target a much younger age group.

“Adolescent health risks are shaped by behaviours rooted in gender roles that can be well established in children by the time they are 10 or 11 years old,” said associate professor and lead researcher for the qualitative research at the Global Early Adolescent Study, Kristin Mmari.

“Yet we see billions of dollars around the world invested in adolescent health programmes that don’t kick in until the children are 15, and by then it’s probably too late to make a big difference.”

The researchers report that boys who challenged gender norms by their dress or behaviour were seen by many respondents as socially inferior.

“We know from research studies and programmatic experience that unequal gender norms can be changed, but this takes carefully planned and implemented interventions that target both young people and the environment they are growing and developing in,” said Chandra Mouli, co-director and scientist at the WHO’s Adolescents and Risk Populations Team in the department of Reproductive Health and Research.

Prof Mmari noted that while many of the gender stereotypes documented in the study are not surprising, the fact they are common across cultures and economic status— and ingrained in children at such a relatively young age — is unexpected.

She said the research could help shape new initiatives that foster greater awareness of the health consequences of gender stereotypes and focus on the critical “transitional” years of early adolescence.

Dr Blum rejects the argument that in many parts of the world, gender stereotypes are just part of the traditional culture and are not amenable to change.

He noted that, while they still struggle with rigid concepts of gender, in places like the US and northern Europe, attitudes have changed dramatically in just the past few decades.

“Change can happen, but it requires political will and a variety of interventions,” said Dr. Blum. “It also requires the knowledge that children pick up on these gender mythologies at a very young age and they proceed to play out in a variety of ways—often damaging — for the rest of their lives,” he said.