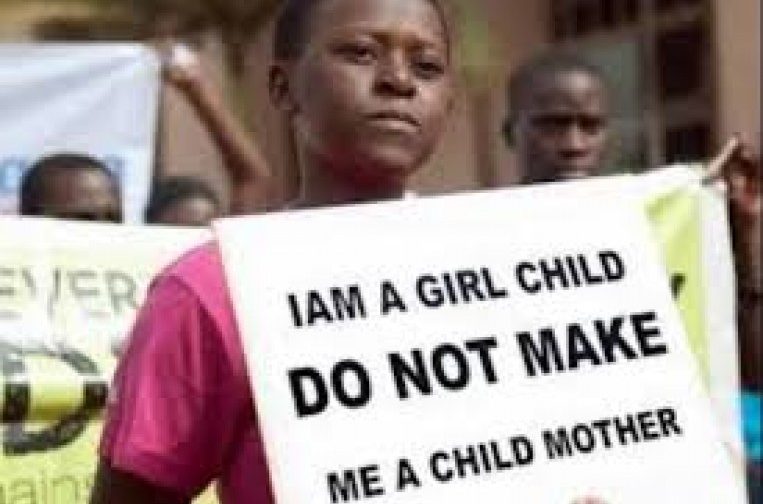 Twelve-year-old Hafeeza Daud (not her real name) was a happy girl who loved school. In January last year, she reported back to what would ordinarily have been a long school term in a primary school in Kajiado County.

Having just joined class eight, she looked forward to joining secondary school after her final exams later in the year. Like many young learners, she had big dreams. She wanted to become an air hostess to fly Unknown to Hafeeza, her life was about to take an unexpected turn.

When schools closed due to the Covid-19 pandemic, Hafeeza’s father decided it was time for her to get a husband. There was too much uncertainty about what would happen next and what better way to deal with it than to marry off Hafeeza in exchange for cows, her father reasoned.

Fast forward to June this year. The school-loving girl of several months ago is now a fulltime homemaker: Wife to a 41-year-old man, a mother to an infant, and part of a startling statistic now only coming to light in the East African country.

In the nearly year-long disruptions to learning by Covid-19, early marriages and pregnancies, transactional sex, physical violence, and depression are just some of the evils that have reared their ugly head against Kenya’s school-going children.

Deputy chief of staff (policy and strategy) in the Executive Office of the President, Ruth Kagia, says the negative consequences will be felt for decades to come.

According to a study, “The experiences of adolescents in Kenya during the Covid-19 pandemic,” released on Tuesday, four percent of Kenya’s adolescent girls (between the ages 15-19) have been found to be pregnant or to have recently had a baby.

In Kenya, adolescents, aged 10 to 19 years old, comprise about 24 per cent of the country’s population. Based on projections from the 2019 census, the study estimated that 250,000 girls and 125,000 boys who were in school in March 2020 had not returned by February 2021 primarily due to lack of school fees – highlighting the impact of the economic depression on their education. The second leading causes of the failure to return to school were unintended pregnancies for girls and opting for work opportunities for boys.

The Ministry of Health records indicate that over 328,000 girls got pregnant in the first year of the pandemic. As schools reopened, a proportion of girls did not re-enrol and sit national examinations due to lack of school fees and unintended pregnancies.

Furthermore, 2-4 percent of 15 to 19-year-olds were married, translating into over 100,000 early marriages. Of these girls, 32 percent got married after Covid-19 started, 44 percent got married because of pregnancy, 16 percent claimed they would not be married if there was no pandemic and 24 percent stated that it was not their choice to be married.

Teenage pregnancy and early marriage continue to be significant problems for Kenya’s adolescent girls, limiting their ability to complete school and maximise their potential. Almost one out of every five girls aged 15-19 years old is reported to be pregnant or has had a child already—a trend that has been consistent in Demographic and Health Surveys conducted between 1993 and 2014. Moreover, an estimated 14 percent of all births in Kenya occur among teens aged 15–19, with the majority (63 percent) being unintended.

The pandemic and financial handicaps featured among the reasons why adolescents opted for early marriages.

Among the four studied counties, Kisumu had the highest percentage of adolescent girls who engaged in transactional sex at five percent, Nairobi followed with four percent while Kilifi had one percent.

Almost three out of 10 girls (29 percent) reported that they got married after the Covid-19 pandemic broke out.

Incidentally in Wajir County, a majority of the married girls (87 percent) stated that marriage was their choice. This was echoed by close to 74 percent of girls in the overall study.

In Wajir, one in five (21 percent) married girls reported that it happened after the outbreak of Covid-19, and 13 percent said it was not their choice. A further few (seven percent) said it was their parents’ choice, particularly in Wajir, where one in five reported parental influence. Another group (three percent), reported that they got married because their families needed the money.

The study, commissioned by Presidential Policy and Strategy Unit in June 2020, and whose data was collected immediately after schools were closed in March 2020 and when they were reopened in February 2021, found that an even higher number—16 percent of girls and 8 percent of boys did not return to school when they opened in January 2021. Girls and boys in Nairobi, Kisumu, Kilifi, and Wajir counties were interviewed in the study.

The adolescents identified idleness, lack of money in households, peer pressure, exposure to violence, and difficulty accessing family planning services, as some of the factors that fostered sexual activity.

They reported increased tension in the household and cases of emotional, physical, and sexual violence over the past year. Sexual violence was almost exclusively experienced by adolescent girls. Half to three-quarters of the respondents stated that violence had increased compared to the pre-Covid era—attributed to loss of income, stresses arising from restricted movement forcing families to spend time cooped up in smaller spaces, and in some cases, unintended pregnancies.

In Kenya, there have been significant gains for adolescents including gender parity in school enrolment, 100 percent transition from primary school to secondary school, a return to school policy, making it possible for school-age girls to go back to school after childbirth, and adoption of policy and legal measures against female genital mutilation, gender-based violence, and child, early and forced marriages.

But it is now feared that persistent socio-economic difficulties occasioned by the Covid-19 pandemic, could roll back the gains made over many decades especially for vulnerable and girls in marginalised societies in the country.

“The pandemic is deepening pre-existing inequalities, exposing vulnerabilities in social, education and economic systems which are in turn amplifying the impacts of the pandemic,” Ms Kagia said.