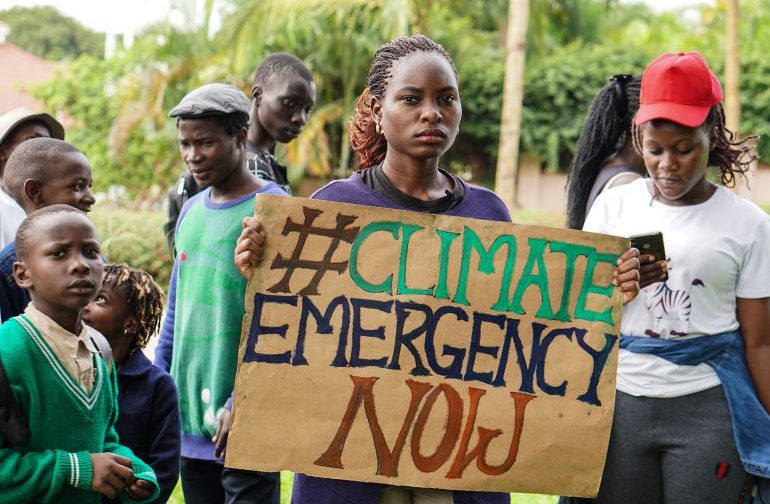 Africa’s 720m Youth in Clean Energy are a Game Change

Africa’s youthful population is considered its biggest asset. Is the continent fully utilising this asset?

Studies on wealth indicate that a skilled person is 15 times more productive than natural resources. Africa needs to change its mindset and prioritise efforts that selflessly create solutions rather than money alone. Focus should be directed to empowering Africa’s youth to become solution providers. So far we aren’t doing enough; we can do more.

You are a proponent of Innovative Volunteerism. What does this mean and why is it important for Africa?

Innovative Volunteerism is premised on incentivising people regardless of disciplinary background. We target the continent’s abundant youthful population, to help them turn their passions into climate action solutions through guidance and inspiration. As such, they are able to engage their skills, talents and interests in climate enterprise actions. Thus, young people accrue benefits while solving a bigger developmental problem in their communities.

It has been proposed that Africa devises alternative livelihoods. Is this practical?

Here, clean energy, especially solar energy comes to mind. Africa has the best solar resource in the planet. Fabricating simple and accessible solutions like solar driers, harness this energy and use it to power preservation and conversion in agriculture will take us multiple steps ahead in creating viable alternative livelihoods. So, value addition is the way to go. Farmers in Cameroon, for instance, use solar driers to convert raw cassava into dried cassava chips that can be preserved longer or sold to millers to be further processed into cassava flour. This method increases farmers’ earning by up to 150 per cent while reducing wastage of produce by 30 per cent. In Kenya, solar driers dry rice 48 times faster than the traditional open sun drying. The result is cleaner, better-quality rice that fetches more in the market and creates more opportunities. Solar dryers can be made from locally available material making them 200 per cent cheaper. They also reduce pollution by a significant percentage.

What role do young people have in combating effects of climate change?

With 720 million young people across the continent, makes them the largest non-state actor to drive climate action enterprises. To do this, youth need the right skills and attitude.

Second, we must address the misconception that combating climate change is primarily the role of government. The era of expecting the government to legislate policy, implement and monitor progress is long gone. Non-state actors must now step in through the existing policies to engage in climate action enterprises.

What is the relationship between coronavirus and climate change?

While there is no evidence of a clear, direct linkage, it is evident that as climate changes, many animal species are likely to change their behaviour or migrate to new areas. Warming may force species to migrate to higher, cooler altitudes. When animals move, they come into contact with other animals they normally wouldn’t. This creates an opportunity for pathogens to get into new hosts, including humans. Studies show that about 60 per cent of all known infectious diseases in humans are zoonotic. This is the case with emerging infectious diseases such as Ebola, bird flu and Rift Valley Fever.

How is the pandemic likely to bear on the continent?

Coronavirus has been recorded to particularly afflict persons with weakened immunity. Notably, more than 60 per cent of Africa’s population depends on food to supplement their micronutrients critical for boosting immunity. With the changing climate, the increasing carbon dioxide concentration has significantly lowered the nutritional quality of food, exposing populations to deficient immunity. It is, therefore for sustainable agricultural practices such as use of organic manure, natural seeds and minimal tillage to cultivate food as a buffer against climate change and health shocks such as Covid-19.